A funder once asked me what it was like growing up in Tacoma, Washington. Reflecting on the 1980s and 1990s, I told him it was fraught with drugs and gang violence. I lost many uncles and cousins to both. I woke up some days in fear, worried about domestic violence in my home and unsure where my next meal would come from. I doubted I had any purpose in this life.

I told him my reality was controlled deliberately by others and designed to keep me and my family from breaking generational cycles of poverty. I knew only what I was surrounded by. I was told by instructors and counselors I would be nothing more than a retail store manager—at best. In textbooks provided by my schools, I read only of the oppression of Blacks, rarely exposed to many of the American superheroes who died trying to liberate people of color from oppression. I did not see successful Black women or men demonstrating desirable lifestyles. I grew up believing that spending every dollar earned was a form of survival. I was led to believe that the Eastside and South End of Tacoma was all there was for me and that I should be grateful for what I had.

The funder stared for a few moments in awe and replied, “I grew up in the same city, just on the other side of town. That was nothing like my reality.”

My reality is now different than the one I grew up in. The construct of what success is supposed to look like has in large part been created by the same people who have made race a national divider—white supremacists. The idea that some are deserving of opportunities based on the color of their skin, while others are not, has been the long-time play in America, keeping Black and brown people marginalized from the promise of liberty and the pursuit of happiness.

Today, I serve as a community leader, hold a doctorate in education, have broken the cycle of poverty and am married with three children. However, the obstacles I faced, the barriers that were pressed against me and the challenges that I had to overcome in the last two decades of the 20th century are still very true in the first decades of the 21st.

You’ll learn about these obstacles, barriers and challenges in We Refuse to Lose, a five-part series of profiles featuring the efforts of cradle-to-career education initiatives across the country to bring greater racial justice to their communities. The first profile, which I’m introducing to you, features Tacoma. In it, you’ll read about the devastating effect redlining—government-sanctioned racist lending practices that made it impossible for Blacks to get home loans and therefore build generational wealth—continues to have on people of color in South and East Tacoma, the areas I called home. You’ll see how power and privilege created deep disparities for people of color in our community that made it nearly impossible for them to thrive in school, community and life.

Local leader and community icon, Lyle Quasim, says it best in the profile, stating emphatically what generations of oppression have done to people of color in the city: “Their ability to be full participants in the Tacoma and Washington experience and the experience of America has been marginalized.”

Yet through it all, Black and brown people in America have made it clear that we refuse to lose.

We refuse to let white supremacy dim our spirits. We refuse to give up on the idea that generational wealth can be built. We refuse to let any man or woman keep us down or keep us away from the promise of a better tomorrow. We have taken stock of the lessons oppression has taught us and are using them as the indispensable energy we need to fight for a better future. Graduate Tacoma—the city’s cradle-to-career community-wide education partnership of more than 350 organizations—has taken up the fight. People of color and their white allies are working together to pave a more racially just Tacoma.

I believe strongly that education for people of color is a key driver for eliminating the disparities that have plagued our communities for far too long. COVID-19 and the racial unrest of 2020 have given spark to the rise of change that many people of color in this country have longed for.

The innovation and creativity to address long-standing disparities are being tackled by place-based communities all across this country, and Graduate Tacoma is no different. It’s forging a new path forward, pushing back against systemic oppression and giving life to the true meaning of racial and social justice.

We Refuse to Lose is our story. 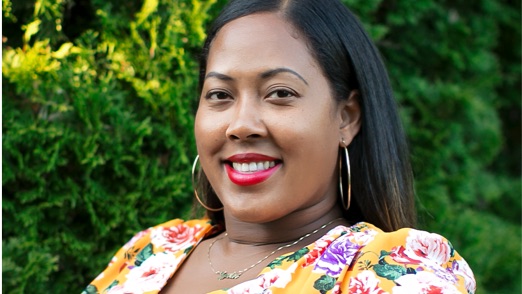 Tafona Ervin is the executive director for the Foundation for Tacoma Students (FFTS), which is the cradle-to-career backbone dedicated to ensuring the continuity, stability and growth of the Graduate Tacoma community-wide movement.