During the recent presidential election, some blamed Latinos for handing President Trump a win in my home state of Texas—not because they voted for him en masse but because many did not vote at all. Despite record turnout, only 44% of Latino Texans who were eligible to vote cast a ballot during the 2020 early voting period, compared with 63% of eligible white Americans, according to voter-file vendors.

Unlike claims of widespread voter fraud, voter suppression was real in this election. In Texas, there were fewer ballot drop-off locations, polling sites and voting booths (all leading to longer lines) in communities of color compared to predominantly white communities. In the Houston-area, a group of Republicans attempted to throw out ballots of those who opted for drive-thru voting in light of COVID-19, which disproportionately kills Blacks and Latinos. And in each redistricting cycle over the last half century, courts have struck down Texas’ maps for failing to create adequate opportunities for communities of color—especially Latinos—one of the state’s fastest-growing groups and the majority of its public school students. I join other civil rights lawyers across the country in demanding justice for voter suppression.

Voter suppression is a critical albeit incomplete part of the story. So often, political campaigns fail to engage infrequent voters or citizens eligible but not registered to vote. Investment in our communities matters. In battleground states such as Nevada and Colorado, where campaigns leverage funds to reach out directly and repeatedly to Latino voters, turnout among Latino voters tends to be 15% to 20% higher than in Texas. A modest ten percent increase in Latino turnout in Texas could have yielded an additional 400,000 votes in the 2020 election.

But to truly change voter engagement, we also must demonstrate the public will to address disparities in our public education system. College graduates are far more likely to vote than those with some college or less. It is no secret that Black and Latino communities have historically been, and continue to be, undereducated in highly segregated and underfunded schools. Those schools also have lower rates of grade-level literacy—an important tool for comprehending sometimes complex ballot and voting materials.

I graduated in 1999 from a segregated, predominantly Latino, Title I high school in San Antonio that researchers at John Hopkins University labeled a “dropout factory.” Only half of my class graduated, leaving behind so much potential. Twenty years later, a person’s future is still too largely dependent on her parents’ education levels, income, heritage, and zip code. In Texas, high schools lose one in four Black and Latino students, who are twice as likely not to graduate as white students. Over the last 35 years, Texas schools have lost a devastating four million students. It does not have to be this way.

At IDRA, the education nonprofit I now lead, our defining constant is this: Every child is valuable, none is expendable. The same is true for the communities that develop these young people.

It is unacceptable to summarily write off communities while failing to invest in their voter participation and education. The enormous investment in public education with the onset of the Baby Boomer generation forever changed the face of education and social justice in our nation. Over the last decade, during another massive demographic shift—the browning of the nation—we have seen a downward trend of the state’s share of public education funding that even the most recent Texas school finance legislation (House Bill 3) did not correct.

Inadequate public school funding has sobering consequences for voter turnout. In San Antonio, the turnout of early voters during the 2020 presidential election in precincts around the resource-rich Alamo Heights Independent School District was 73%—over double the turnout in precincts in the resource-poor Edgewood and San Antonio Independent school districts. This is not a simple coincidence.

We must refuse to give up on our communities. That means facing voter suppression head-on and authentically engaging potential voters. It also means rejecting notions that preparation for college is good for some children, but not others. All young people should have access to a high-quality education and determine their own futures. A robust democracy depends on it. 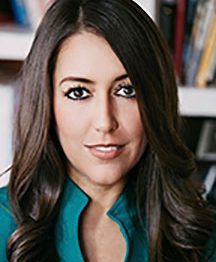 Celina Moreno, J.D., is the president and CEO of the Intercultural Development Research Association (IDRA), a national non-profit organization dedicated to equity and excellence in education. She previously served as the Interim Southwest Regional Counsel for MALDEF (the Mexican American Legal Defense and Educational Fund), the nation’s leading Latino legal civil rights organization. Ms. Moreno also served as trial and appellate co-counsel in the challenge against the inequity and inadequacy of the Texas school finance system.