The Rio Grande Valley is a 7,000-square mile stretch of land bounded by the Gulf of Mexico, the Rio Bravo, the U.S.-Mexico border in the South and security control centers known as secondary checkpoints 100 miles north of the southern border. It is home to Latinx students experiencing poverty. A large portion of these students are undocumented immigrants who are trapped within the border region of the United States. Upon high school graduation, due to their immigration status, these students are unable to leave the Rio Grande Valley because of the secondary border checkpoints 100 miles within the United States. The Rio Grande Valley has become their home, and it has also become their cage.

I lived in that same cage when I arrived as an undocumented immigrant at the age of 14 in the year 2000. Today, I serve as the Strategist to La Union del Pueblo Entero (LUPE), the region’s immigrant rights organization. You can read about the secondary checkpoints and LUPE in the Rio Grande Valley profile for the We Refuse to Lose series.

As an undocumented immigrant, I attended the McAllen Independent School District, worked hard and did well in school. I have earned both Master of Arts and Master of Business Administration degrees. Accessing college as an undocumented immigrant was not an easy task, but I was lucky to have the support system from teachers and counselors who played a key role in my college graduation. Unfortunately, at the time I graduated from high school, the Rio Grande Valley did not have the systems, structures and protocols in place to allow for large numbers of undocumented students to access college funds and support transitions from high school to college.

With the interventions of RGV FOCUS (the region’s cradle-to-career initiative) and LUPE, and with the collaboration of institutions of higher education, today the Rio Grande Valley’s undocumented youth are able to have the access and support they need to achieve their college dreams. While the Rio Grande Valley continues to be a cage for many undocumented immigrants who are trapped and unable to leave, programs like Deferred Action for Childhood Arrivals (DACA) have made it easier for these youth to fully achieve their dreams.

Though trapped in the Valley after receiving college degrees, undocumented youth are still able to set-up their own businesses and put their college degrees to work. The collective impact work of the education institutions in the region has made college accessible to all students regardless of their immigration status. This is a land of opportunity. 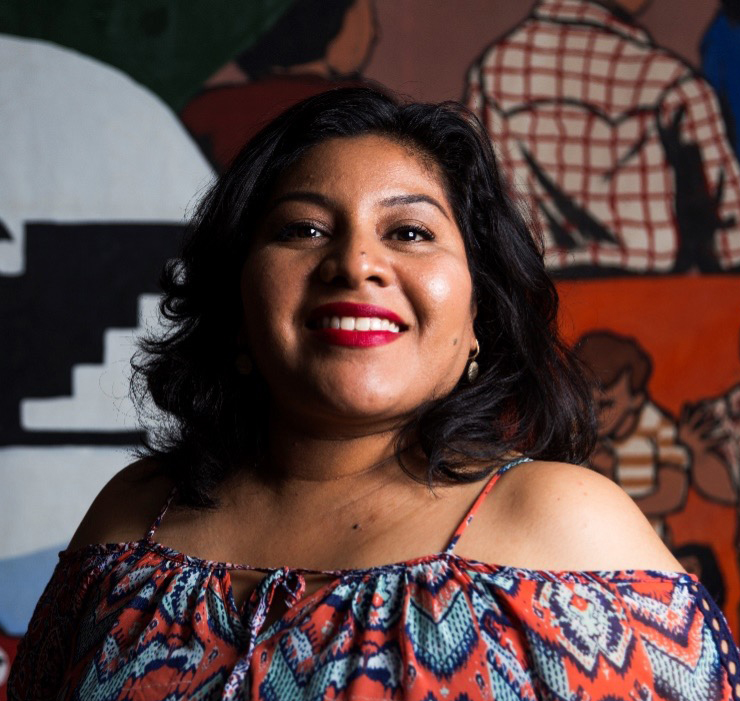 Born in Veracruz, Mexico, Tania Chavez at the age of eight moved to Reynosa, Tamaulipas where her parents started a business that has been the source of income for her family. Tania arrived at McAllen, Texas at age 14 as an undocumented immigrant. Chavez graduated as a member of the National Honor Society from McAllen High School. As an undocumented student and beneficiary of the Texas DREAM Act, Tania obtained a bachelor’s degree in finance, a master’s in business administration and a master’s in communication studies from the University of Texas-Pan American (UTPA). Tania arrived at La Union del Pueblo Entero (LUPE) in 2012 as a Youth Organizer & Service Provider, with the hope of harnessing the talents, abilities, and determination of RGV youth. She continues to consult for LUPE as a strategist by finding funding sources and implementing plans of action for the long-term sustainability of the organization. Tania is determined to continue the fight for immigration relief of 11 million undocumented immigrants. Tania’s story was first published in 2010 when she lived in the shadows as Camila in the scholarly article Understanding and Supporting Undocumented Students. Since committing to storytelling as a way of changing the hearts of the public about immigration policy, Chavez’s story has been published in the book Dreamers: An Immigrant Generation's Fight for Their American Dream, the documentary America Divided: Out of Reach, and other news articles.